When I lived in New York City, I spent two summers working at TheatreWorks in Colorado Springs. The first summer, I played Ophelia (right) in ‘Hamlet’, Murray Ross directed and Khris Lewin played the Dane. In repertory we also mounted the rarely performed ‘Antonio’s Revenge’ by John Marston; I played Melida (below).

The following summer, under the same direction, I played Celia in ‘As You Like It’ (further below), for which I was nominated for an Ovation Award for Comedic Actress in a Supporting Role. In repertory we also performed Shakespeare’s long poem ‘Venus & Adonis’. 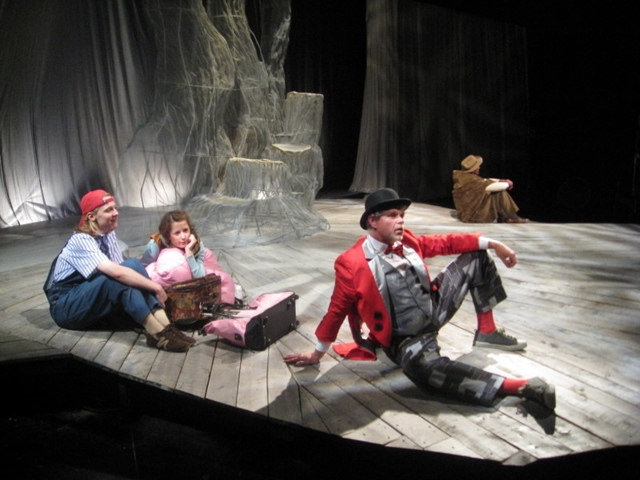 Another highlight of my time in the US was the production of ‘Cloud Nine’, by Caryl Churchill, that I did with Whirled Peas Productions in downtown NYC. I played Edward (left) and Betty (below).